Public Security launches a national campaign to donate blood under the title “Our pride is in our blood.”

The personnel from all public security formations and units will donate blood for the benefit of the sick and the needy, to meet the needs of blood banks. Donating blood carries the highest forms of solidarity, and a sincere expression of solidarity and generosity.

the Directorate invites all citizens and institutions to participate.

Tomorrow, Wednesday, May 25, 2022, Public Security Directorate will launch a national campaign to donate blood in all governorates of the Kingdom under the title "Our pride is our blood". The campaign comes on the occasion of Independence Day, public security personnel from all its formations will participate in it, who will donate for the benefit of the sick and the needy, in cooperation and coordination with the Directorate of Blood Banks at the Ministry of Health and the King Hussein Cancer Center, which will open its doors to donors.

Public Security Directorate calls on all able citizens and institutions to participate in the campaign and contribute by donating blood, which carries the highest forms of solidarity, and represents a sincere expression of solidarity and fraternity among the Jordanian people and saving lives. The campaign will be launched, in coordination with the Directorate of Mass Media and Community Policing, the campaign starts at  eight o'clock until the end of the official working hours for tomorrow.

The following are the blood banks and centers that will receive the donors: 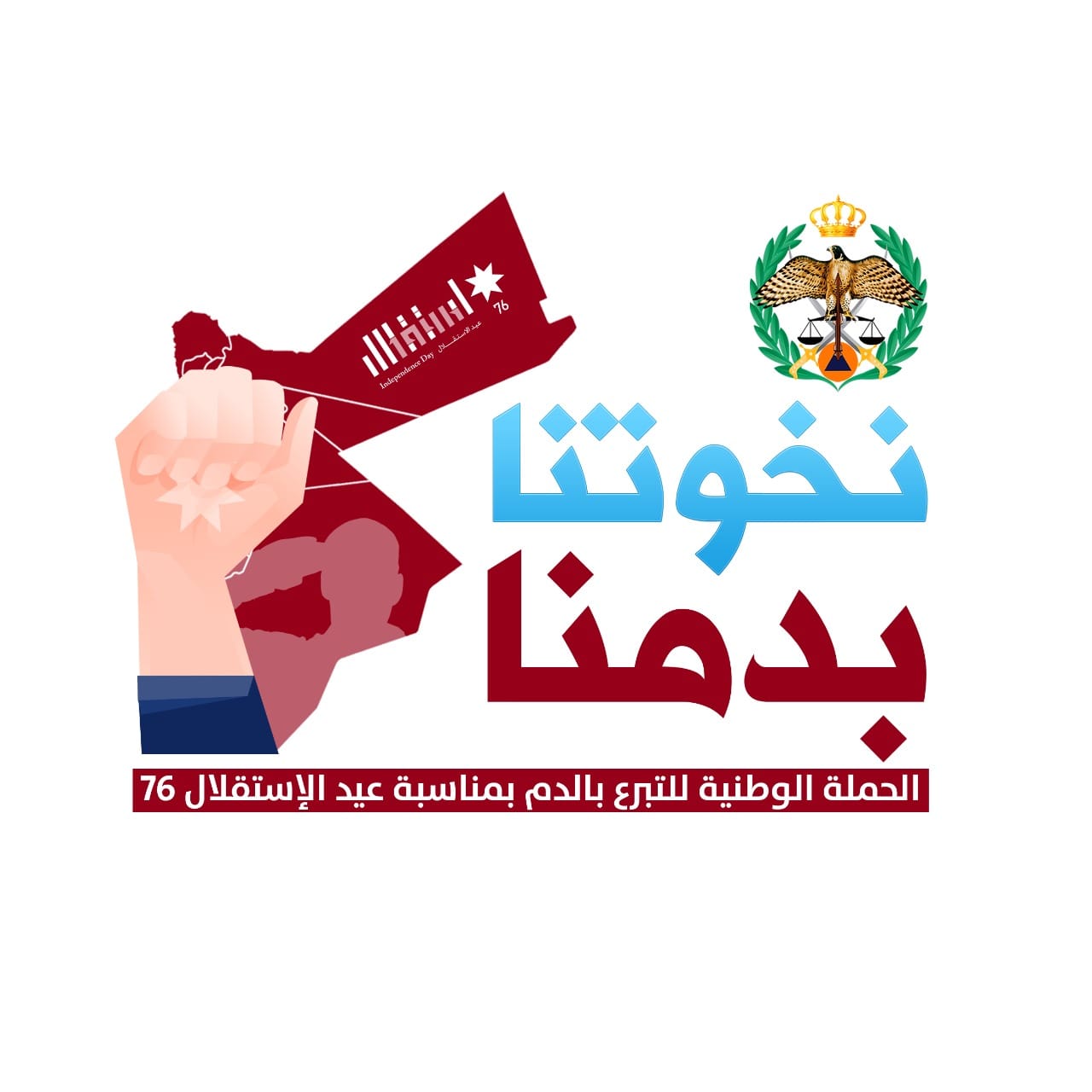